Between morning sickness and constipation, kombucha, a fizzy and fermented tea beverage might seem like the answer to these common pregnancy woes due to its probiotic content.

Or you may be searching for a fun, pregnancy-safe mocktail to enjoy on a night out with friends.

But is drinking kombucha while pregnant safe?

Kombucha contains caffeine, some alcohol, and may not be pasteurized which are all cause for concern during pregnancy. While some brands of kombucha are pasteurized for safety and caffeine intake can be monitored, the alcohol content is not well controlled and therefore kombucha is best avoided while pregnant.

Around the world, women are advised not to drink any alcohol if they are or may become pregnant (source: NPR).

While there are some recent research studies that claim a mother’s occasional alcoholic drink while pregnant doesn’t negatively affect the baby’s later development in childhood, fetal alcohol syndrome (FAS) has one risk factor- alcohol intake, of any kind, during pregnancy (source: HealthLine).

In this article, I discuss the risks of different types of kombucha, why kombucha should be avoided if pregnant, and alternative sources of gut-boosting bacteria.

Is Kombucha Safe During Pregnancy?

Kombucha is traditionally made with black tea (though a combination of different teas can be used), sugar, water, and SCOBY (Symbiotic Culture of Bacteria).

This mixture is allowed to ferment for several days to weeks, increasing bacteria concentration and giving the drink its quintessential fizzy tang.

The SCOBY, or symbiotic culture of bacteria and yeast – also sometimes referred to as “the mother,” – is the collection of helpful or “good” bacteria that break down the sugars during fermentation.

This is where the alcohol in kombucha comes from.

Flavored kombuchas are often a result of the second round of fermentation, where fruits, herbs, and other flavorings like ginger are exchanged for the SCOBY.

The kombucha and fruit are allowed to ferment again, producing even more alcohol in the process.

What’s confusing is that there is alcohol in many kombuchas, but the label says it’s low alcohol and you don’t need an ID to buy it!

Many store-bought kombuchas are labeled as “low alcohol” and allowed to be sold without the age requirement of higher-proof booze because they have less than a 0.5% alcohol by volume (ABV) content (source: MotherToBaby).

This is similar to the law in Europe and the UK, which also allows 0.5% ABV drinks to be called “alcohol-free” (source: Beverage Daily).

And while the manufacturer’s label might state that your kombucha has less than 0.5% ABV, the label might not tell the full story.

Kombucha’s live bacterial cultures can continue to ferment remaining fruits and sugars, even while the bottle is sitting on store shelves.

In 2010, Whole Foods temporarily pulled some kombuchas from its store shelves due to alcohol contents above what was stated on the label (source: University of Houston Law).

Even though the promised limit on labels 0.5% of alcohol doesn’t seem like a lot, but science organizations such as the CDC, American Pregnancy Association (APA), and American College of Obstetrics and Gynecology (ACOG) all agree that no amount of alcohol during pregnancy is safe (sources: CDC, APA, ACOG).

Because alcohol-producing fermentation by bacteria can be hard to control and estimate and at the recommendation of health organizations, it’s best to err on the side of caution and avoid kombucha when expecting.

With so many different brewing methods for kombucha, I’ll break down the risks for each type below.

Types of Kombucha and Their Pregnancy Safety

All kombuchas, no matter where they’re from, usually have caffeine in them.

Traditional kombucha is made using (caffeinated) black tea and therefore contains a small amount of caffeine. But how much?

A 2016 study found that kombucha has less caffeine than its brewed-tea counterparts.

According to the scientists’ calculations, an 8 oz glass of kombucha has 9.2 mg caffeine. (source: Journal of Chemistry Education).

Even though this is a small amount, pregnant women should limit their caffeine intake to 200mg per day, so you’ll still need to keep track (source: WHO).

For more information on caffeine – and particularly decaf – in pregnancy, you can check out our article here.

As discussed above, the stated alcohol content might not be accurate and no amount of alcohol is safe in pregnancy.

Most store-bought kombuchas are consistent, and if they say they’re no or low alcohol then that may well be the case.

However, there have been recalls, so you can’t be 100% sure. If you want to drink store-bought, zero alcohol kombucha during pregnancy, it should be safe if it’s commercially made and pasteurized.

However, bear in mind that you’re trusting the manufacturer’s alcohol testing procedures to control the alcohol content, and some have failed in the past.

Can I Drink Unpasteurized / Raw Kombucha When Pregnant?

If the brewing process is not completely sterile, then there is a chance the kombucha may be contaminated with listeria and salmonella, which can lead to food poisoning (source: Lamaze).

Most commercially made kombuchas should be made in a sterile environment, but foodborne illness is still more of a risk when consuming unpasteurized beverages, which is why pregnant women are advised to avoid them (source: FDA).

For this reason, it’s better not to drink unpasteurized or raw kombucha during pregnancy.

It might be better to opt for pasteurized versions if you’re going to drink kombucha at all.

Homemade Kombucha During Pregnancy: Is It Safe?

At home, there is a risk for both bacterial contamination and excessive alcohol, as pinpointing the ABV of homebrews can be challenging.

If you’ve never made kombucha before, it might be best to wait until your baby is born before experimenting, as some people find it difficult to control both the sterilization and the alcohol content of their brews when they’re just starting out.

If you’re an experienced kombucha maker then you might want to continue, but bear in mind the same advice that no alcohol is probably better throughout pregnancy.

If you see ‘home-brewed’ kombucha from a roadside stand, farmer’s market, or similar, it might be best to avoid it when you’re pregnant as the same issues apply with both sanitizing and mostly, alcohol/fermentation control.

A colleague of mine had a large glass of ‘regular, low/no alcohol’ farmer’s market kombucha and ended up drunk! So it does happen.

Alternatives to Kombucha When You’re Pregnant

If you want some of the benefits of kombucha, but without taking the risk of potential alcohol content or unpasteurized versions, there are some things you can drink instead during pregnancy:

For probiotics, you can switch to yogurt or kefir, which are typically pasteurized before fermentation. You can find a guide to which yogurt is best during pregnancy here.

Pasteurizing before fermenting kills off harmful bacteria before introducing the good probiotic bacteria.

For a fizzy drink: ginger switchel or non-fermented vinegar drinks can offer the same fizz and tang, without the risks of alcohol or bacterial contamination. A common ingredient is apple cider vinegar, so you can read all about its pregnancy safety in this article.

A bonus is that these drinks use minimal ingredients, meaning you can quickly whip up a glass at home!

We also have a guide to ten drinks pregnant women can enjoy, besides water, to help with other hydration ideas.

Can I Drink Kombucha in the First, Second or Third Trimester?

During pregnancy, so many changes occur and some foods may be safer during certain trimesters than others.

Because kombucha contains some alcohol, it is best avoided during all trimesters to ensure your baby grows and develops safely.

If you’ve recently discovered you’re pregnant and realize you have had kombucha after conceiving, first and foremost- congratulations!

It’s likely you’re worried about the alcohol content, however, according to ACOG, it’s unlikely the alcohol consumed before you knew you were pregnant will cause serious harm.

The best thing you can do is to switch to an alternative drink for the next 9 months (source: ACOG).

Can You Drink Kombucha When Trying to Conceive?

Drinking kombucha as a means to increase fertility or to try and conceive is somewhat of an old wives’ tale.

I did some digging into the claim, but wasn’t able to find any evidence to back up the superstition that kombucha itself boosts increases your chances of getting pregnant.

Some teas, however, may contain herbs and botanicals that increase “female hormones,” such as estrogen.

As kombucha is a tea beverage, it is possible that the connection to fertility is the tea used.

Note: If you decide to drink specialty herbal teas for fertility, be sure to discuss these with your physician.

Overall, kombucha’s fun fizz and gut-boosting probiotics may seem to be home-run for expecting mothers, however, this drink comes with a few careful considerations.

Kombucha is caffeinated, some varieties may be unpasteurized increasing your risk of foodborne illness, and contains varying levels of alcohol.

Because the alcohol content is difficult to control and no amount of alcohol is safe for a developing baby, kombucha is best avoided during pregnancy.

This article has been reviewed and approved for publication in line with our editorial policy.

Samantha Broghammer, RD is a Wisconsin-based registered dietitian and nutrition writer. In addition to contributing to Pregnancy Food Checker, she serves the mental health and wellness population as a clinical dietitian providing medical nutrition therapy to those of all ages, from toddlers through senior citizens.

It is important to introduce a variety of healthy foods to babies when they start to eat solid foods so they can meet their nutritional needs (source: WHO). Whether you follow the traditional...

Continue Reading
link to Is Body Armor Good for Breastfeeding? What Science Says

Whether you choose to nurse, pump, or combo feed, providing breast milk for your baby is demanding work. And when the worries of not producing enough milk to meet your baby’s need set in -... 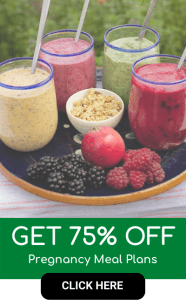